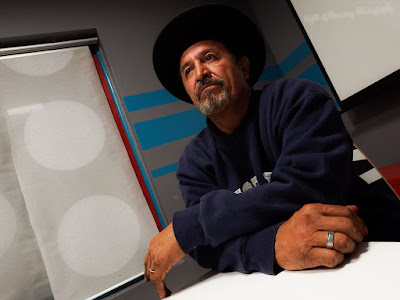 The Light of Recovery Podcast is brought to you by the Mountain Star Rehabilitation Foundation in El Paso, Texas. This is the third Light of Recovery Podcast recording and the first to kick of the new year 2017. For podcast #3 we sat down with Ernesto Valdez who graduated from the DWI Drug Court Intervention & Treatment program on December 29, 2016. This podcast explores his recovery story from the beginning and his impact on the recovery community today as a coach and educator. Mr. Montoya also shares the microphone with Mr. Valdez to discuss the DWI Drug Court graduation that concluded the previous year.

In addition, we conclude the podcast with a music recording conducted a couple of years ago at the Aliviane Men's Residential Treatment Center on Socorro Road. The recording was facilitated by Board Secretary and Light of Recovery podcast host Lecroy Rhyanes and features Christopher, Angel, and the two Ricardos. The recording is titled "18 with a Bullet" and is significant since the recording was conducted at a time when Mr. Valdez was beginning treatment. Mr. Valdez was present during the "18 with a Bullet" recording session.

The Light of Recovery Podcast features members of our Recovery community in El Paso, Texas. Our goal is to provide a platform for the Recovery community to be heard and for the message and stories of recovery to be documented. El Paso County, in particular, has an extensive history in its connection to the Recovery movement. This podcast is done in effort to bring those recovery stories to light and engage listeners in a conversation about specific topics that we hope provide people with knowledge and inspiration.

The Light of Recovery Podcast also features music from the local community and from artist, musicians, poets, and other forms of spoken word. If you have music that you would like for us to feature please send us your music audio files or CD to recoveryelpaso@gmail.com or mailing address 1712 Texas Avenue Suite 10B, El Paso, Texas 79901-1810 ATTN Mountain Star Rehabilitation Foundation. If you're submitting music please consider the theme of our program and our goal to feature stories that are focused on recovery. The Light of Recovery Podcast broadcasts one episode each month towards the end of the month.

Mountain Star Rehabilitation Foundation is a non-profit organization 501(c)3 in El Paso County that provides recovery support for participants and families of the DWI Drug Court Intervention and Treatment Program. The mission of MSRF is to help address the recovery needs of participants and their families. Through our efforts with the Light of Recovery Podcast and other multi/social media projects we aspire to reach anyone and everyone engaged in recovery or interested in learning more.

Thank you for listening!

Email ThisBlogThis!Share to TwitterShare to FacebookShare to Pinterest
Labels: Light of Recovery Podcast

Programs keeping probationers out of prison are less costly in the long run, a study by the Texas House Corrections Committee argues.

AUSTIN – When lawmakers return to Austin in 10 days to begin grappling with what appears will be a bare-bones state budget, a legislative panel that oversees the Texas prison system is urging them to resist cutting funding for programs that help former inmates and probationers adjust to free-world life.

“As (the prison system) cannot cut back on the security and public safety components of their mission, it is likely that many of the programs that are making a real difference will face the axe,” says a report released over the holidays by the Texas House Corrections Committee.

The 68-page report that the panel will likely use as a blueprint for legislative initiatives once 2017 session begins Jan. 10 makes several recommendations, include lowering the fees that probationers must pay, opting out of a federal program that requires the suspension of a driver’s license for anyone convicted of possessing even a small amount of marijuana and sealing the criminal records for qualifying former inmates who remain out of trouble for a specified period of time.

The report comes some 20 years after Texas leaders frustrated by rising crime rates completed a massive prison building program that tripled the system’s capacity. It even uses a phrase once thought to be politically toxic is describing the state’s approach for helping lawbreakers return to society.

“Texas is a leader by being ‘softer on crime,’ although we prefer the word ‘smarter,’” it says. “It's something to think about as we head into the next legislative session.”

Doug Smith, a criminal justice policy analyst in Austin, said backing away from programs designed to rehabilitate offenders as a way to save money would actually prove more expensive to taxpayers in the long run because it costs more to send people to prison than it does to provide a path to success.

“There were 23,000 felony probation revocations last year,” said Smith, who works with the Texas Criminal Justice Coalition, a reform-minded nonprofit. “And most of them were for technical violations, not new offenses.”

He said probation revocations accounted for about one-third of the all incoming state jail and state prison inmates last year. And each prisoner costs the state about $54 a day compared with the $8 a day a probationer costs taxpayers.

The committee report says probation revocations, while still relatively high, have been steadily dropping for about a decade as lawmakers began devoting more resources to programs aimed at reducing inmates’ and probationers’ substance addictions and arming them with job skills.

During that period, the report says, Texas’ crime rate has dropped about 20 percent while recidivism rates declined from 28 percent to 21 percent.

During a hearing in February, Corrections Committee Chairman Jim Murphy said it’s important that inmates and probationers believe that the state is committed to programs aimed at minimizing the chance that they’ll be back behind bars.

“I am thinking about the dynamic of someone being in the system, wanting to improve themselves, and being told ‘you're not a priority,’” said Murphy, a Houston Republican. “If we're trying to get someone not to recidivate, that's exactly opposite of what I think the intended result would be.”

According to the report, which Murphy signed in early December before its release last week, the fees associated with being on probation can be insurmountable for offenders struggling to find employment. Probationers are charged upward of $60 a month to help cover the cost of supervision.

Many are required to take and pay for classes aimed at fighting addiction or controlling anger and violence. Probationers who lose driving privileges can be required to take a class to have the license reinstated and pay up to $325 before being allowed to drive, even if it’s just to and from work.

“There are fees for records management, for juries, for judicial support, for court security, and for indigent defense,” the committee’s report says. “Pages and pages of fees. It boggles the mind to read it. Think of what it must be like to live it.”

Often, the report continues, judges who impose the costs have little information regarding an offender’s ability to pay them.

“In an era when you can find out your credit score for free on the internet, would it be that difficult to determine if a person is indigent prior to appearing before a judge?” the report asks.

The committee’s report points out that in April 2016, Pennsylvania enacted legislation, allowing criminal records of qualified nonviolent offenders to be sealed for offenders who remain free of legal trouble for 10 years. The records of those charged but not convicted of a crime can be sealed after 60 days.

Many offenders who do wind up in prison never fully recover as productive citizens, said Smith, the criminal justice policy analyst. Their chances at landing a decent job, or even a call-back from a would-be employer, plummet, he said. Student loans are off the table and finding decent housing is more difficult, he said.

Bill Hammond, who recently retired as chief executive of the Texas Association of Business and helped launch the Texas Smart on Crime Coalition, said helping probationers stay out of prison is good for the state’s economy.

“Probation is not a walk in the park, and it’s not supposed to be,” said Hammond, a Republican state representative in the 1980s. “But you want these folks working, paying taxes and sticking with their families. We have too many people in prison who don’t need to be there.”

John C. Moritz covers Texas government and politics for the USA Today Network in Austin. Contact him at John.Moritz@caller.com and follow him on Twitter @JohnnieMo.
Posted by Mountain Star Rehabilitation Foundation at 5:20 AM No comments:

Mountain Star Rehabilitation Foundation
The mission of MSRF is to connect participants and families of the DWI Drug Court Intervention and Treatment Program to services in the community that support lifelong recovery. 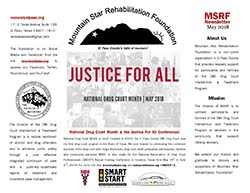 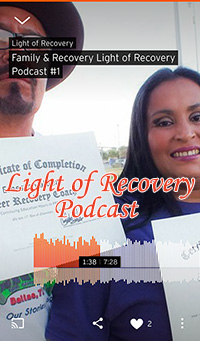 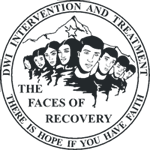 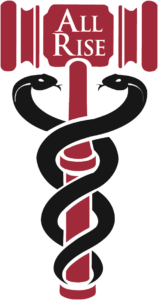 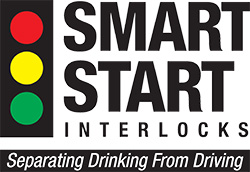